22. In my garden there are hundreds of newly hatched harlequin bugs. Never seen them before so I thought they were tiny red lady bugs. Turns out they’re destructive sap-suckers.

23. Walked down an unfamiliar lane of garages and saw one set up as a bar, with bar stools and bar decorations and two friendly blokes who greeted us and almost invited us in.

24. In Postcrossing, a postcard club, I received a request for a birthday card to arrive on 11th February, but not in advance, because in Germany this brings bad luck. Apparently. If it arrives early and she has a bad day, will it be my fault?

25. One of my begonias is a temperature indicator. In the cool of the morning it is bright green but in the afternoon heat it turns pale and needy. 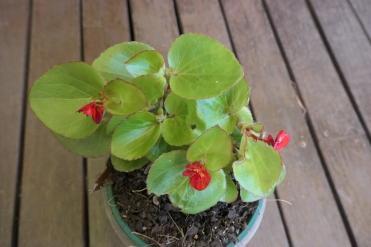 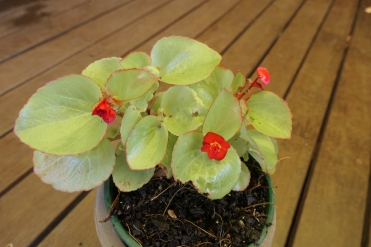 26. It’s Australia Day today. I had lunch with a friend from Cameroon in a Vietnamese restaurant.

27. In the Australian Open tennis semi-finals today, five Australians won and will compete in the finals, one in the women’s singles and four in the men’s doubles. This has never happened before. Usually there are no Australians in the finals.

28. Saw the worst algal bloom in our local pond which is almost covered in it, leaving little space for birds. 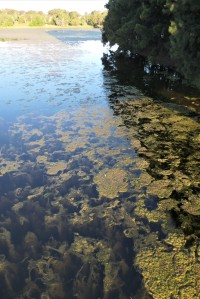